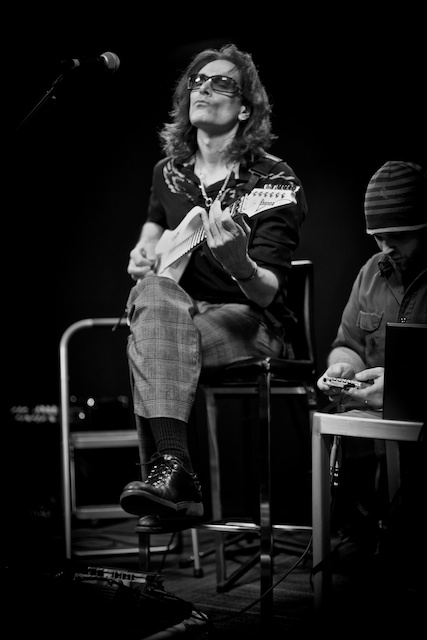 Click here to watch the lesson in it’s entirety.

An announcement from Nigel Tuffnel of Spinal Tap…


Nigel Tufnel, lead guitarist from the infamous band “Spinal Tap,” has a message for Steve Vai and his Guinness Book of World Record attempt with Berkleemusic.com to host “The World’s Largest Online Guitar Lesson!”

Update! A new video has been released of Nigel giving a pre-lesson for this Wednesday’s live event! 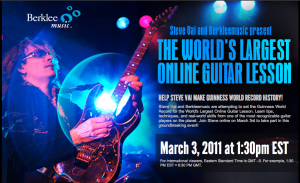 Be a part of history and help set a world record with Steve Vai!  Berkleemusic.com and Steve Vai will be attempting to set a Guinness world record for the most participants in a free online guitar lesson live from New York City on March 3rd, [ … Read More ]