“Music does not follow the rules of boundaries and borders. It flows with undiscriminating freedom into all open ears. It’s one of the things in the world that all people, regardless of where they are from or what they believe in, can enjoy if the music resonates with them.
To survive as a species we will eventually need to understand the necessity for unity. Music can act as an elusive yet potent unifying inspiration.” -SteveVai

In the midst of social and economic turmoil, Steve Vai’s live performances this April in 11 cities throughout Russia and in Kiev, Ukraine, marked the most consecutive shows any guitar player has ever played before in Russia. Despite worldwide speculation of a new cold war, and numerous other artists canceling their shows, Vai focused on the music and pressed ahead with the tour, going the extra mile to bring his iconic guitar playing to his Russian and Ukrainian fans. Of the many international artists that had planned tours of the Ukraine, Vai’s concert in Kiev was the only international show to be performed as planned and not cancelled in the Ukraine over the course of the past month.

Once wrapped in Russia and the Ukraine, The Story of Light Tour2014 continued in Wroclaw, Poland; Helsinki, Finland; Bratislava, Slovakia; Amsterdam, The Netherlands; and Uden, The Netherlands. During the groundbreaking tour, Vai and his band played in front of thousands of fans in 10 different time zones. The tour covered over 28,000 kilometers in 31 days by plane, train, and car, including over 5,000 kilometers on the ground and over 3,000 kilometers on Trans Siberian Railways, 19 different flights (spending more than 100 hours at airports) and 21 different hotels. The international traveling party was made up of five United States citizens, one Austrian citizen, one Bosnia & Herzegovina citizen, and five Ukrainian citizens who were represented on the tour in Russia. In Wroclow, Poland, at the “Thanks Jim Festival” where 7,345 people simultaneously played their guitars, breaking the world record for the amount of people playing “Hey Joe” on guitar at the same time and the same place, Vai was there to take center stage.

Upon finally returning to the U.S. in mid-May, Vai returned to Russia a few days later to perform his “Sound Theories” Orchestral Works at a special evening of music with the Moscow City Symphony – Russian Philharmonic and Roman Miroshnichenko Trio at Philharmonic Concert Hall on May 26. He will continue his international tour throughout the spring and summer.Tirelessly touring the world since the 1980s, Vai’s refined technical play has placed him among rock music’s luminaries. Throughout his illustrious career Vai has performed on stage with legends such as Frank Zappa, David Lee Roth, and Whitesnake.Over the years, Vai has earned countless accolades, including three Grammy Awards, and has sold more than 15 million albums. Nonetheless, Vai does not feel like he has reached his limits.“I do not feel that I have fully expressed my potential on the guitar just yet,” Vai said. “Every record and every performance is an opportunity to explore the infinite possibilities of the instrument, and I feel as though I get deeper and deeper into it with every experience.” 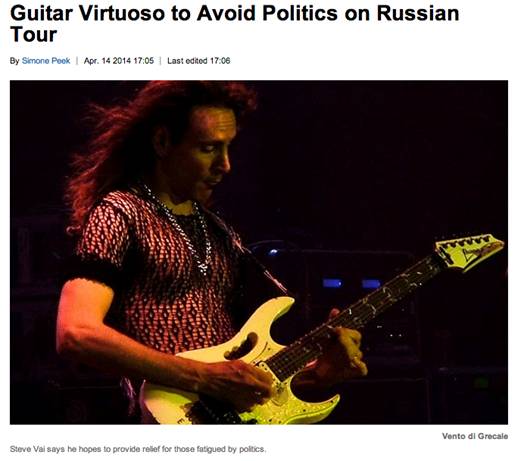 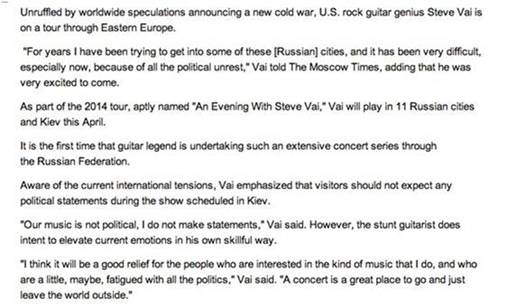 Boettcher Concert Hall (With the Colorado Symphony – From Stravinsky to Vai)