Steve is featured on the cover of the September issue of Guitar World Magazine along with Tosin Abasi of Animals as Leaders. Inside the magazine, Steve speaks about his upcoming album “The Story of Light” and in a historic first, Steve & Abasi discuss what it takes to be a virtuoso and why six strings just ain’t enough. 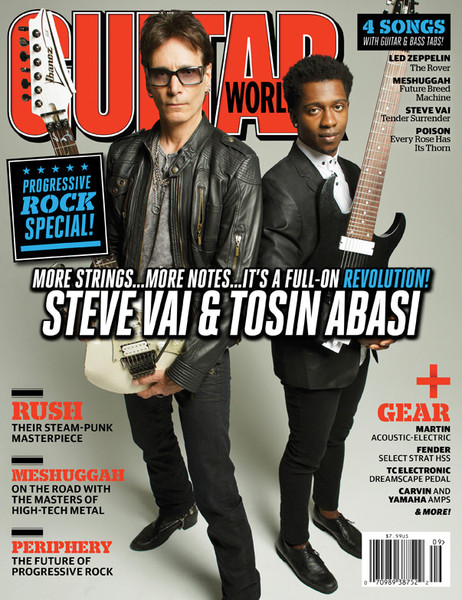