During its life, Flo has been through many necks.  It started out with a prototype 7vwh neck, however, fairly soon  it got a custom made 555 neck (the “Steve Vai” inlay at the 24th fret missing / repaired with a rosewood insert and 2 dots).  This neck has been used for many years until in the early 2000’s a new Jem7vwh neck was installed. This particular neck was thinner than the factory necks and installed with a rosewood fretboard.  Thomas added the Steinberger Gearless Tuners.  This incarnation of Flo was featured on the Live in Astoria DVD.

In 2009, Steve had both Evo and Flo fitted with a True Temperament neck, which uses a special designed fret system to achieve perfect intonation over all strings and all positions. This neck is currently still in use on Flo.

Since Flo was originally a Jem77FP, the neck joint had to be made fit to accept All Access Neck Joint necks, as used on the Jem7VWH. This modification was done on several of Steve’s guitars, such as the original Ash Bad Horsie. 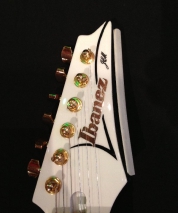 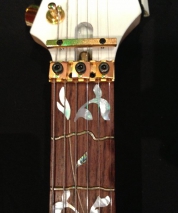 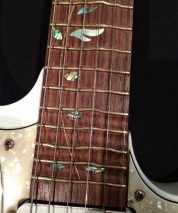 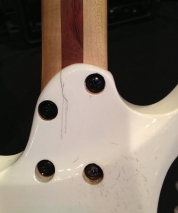 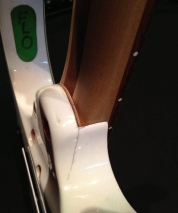 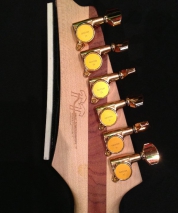 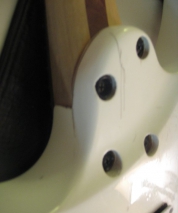