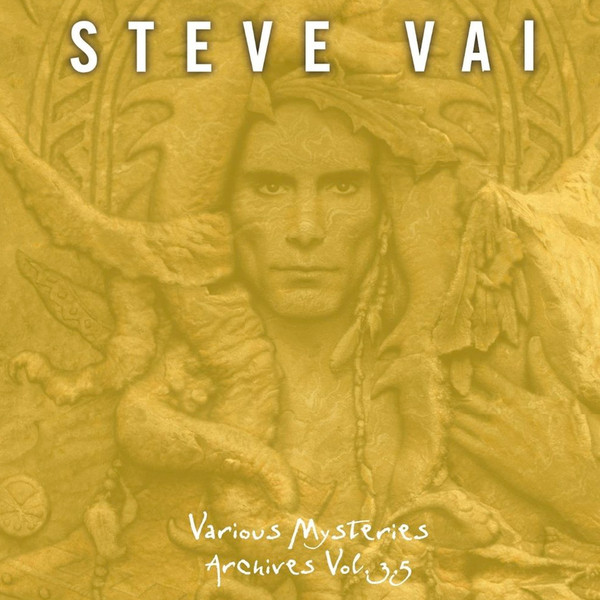 Vai Archives is a series of discs that can contain anything from minor contributions that Steve has made to various other artists’ records, to bootlegs, B-sides, vault tapes and re-shaped extrapolations of his past catalogs. It’s sort of like a golden scrap pile. Devour with a silver spoon. Archives Vol. 4 is a collection of songs Steve has contributed to other projects and records including Public Image Ltd., tracks from the Hendrix tribute In From The Storm with the London Symphony Orchestra, and a collaboration with Chick Corea from The Songs Of West Side Story, among others. The original Archives 3 and 4 were discontinued due to licence restrictions. Various tracks from both are amalgamated into this digital only release of “Archives Vol 3.5″