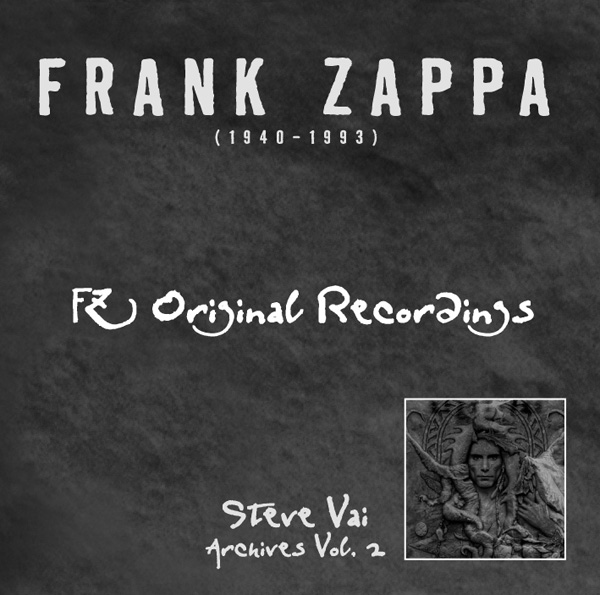 On this disc – only available in The Secret Jewel Box set – Vai reflects here on his three years as a member of Zappa’s ensemble where he was credited not just as “guitarist” but as wielder of “strat abuse” and “impossible guitar parts.” These are original Frank Zappa recordings, written and produced by the late musical innovator, and authorized by the Zappa Family Trust. The booklet contains the original liner notes for each Zappa track, along with Steve’s comments on each track.

I think I was 13 years old when my friend invited me over to his house to listen to 'a cool new record.' The music was completely different from anything I'd ever heard. It was intense yet subtle, profound and exquisite. It had fast, tight little notes and cool guitar playing. It had great singing, outrageous lyrics and was funny as hell. It was Frank Zappa. After one listen to 'Carolina Hard Core Ecstasy,' tears of joy filled my eyes as I realized that a misunderstood, gawky, prepubescent misfit like me had finally found something he could totally relate to. I immersed myself in the elixir of Zappa and have yet to surface.