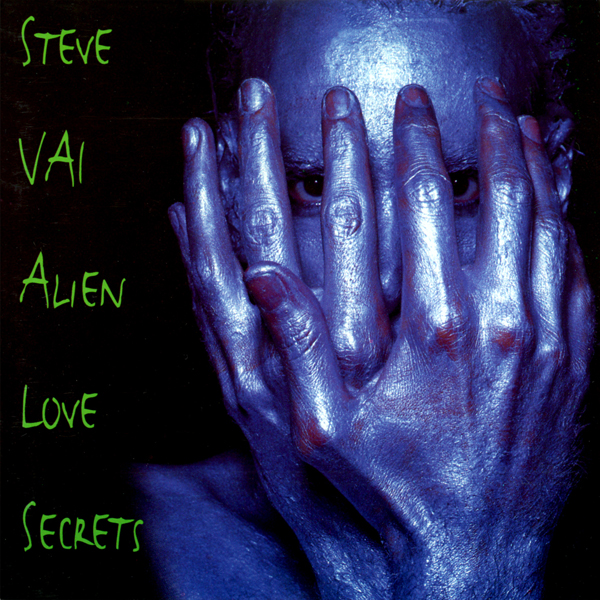 'I'm always pursuing knowledge. I'm a seeker of spiritul equilibrium and music is a big part of that. I've been obsessed with these kinds of ideas for years.' -Steve Vai
more about the album /// 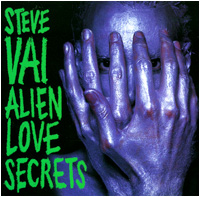 I was working on Fire Garden (then still tentaively titled Fire Coma) and knowing that it was going to be a very detailed and in-depth record, I stopped in the middle and wrote and recorded Alien Love Secrets in less than 6 weeks.

The approach was to make it simple with no overdubs, just guitar on a silver platter, with bass, drums and minimal keyboards to fill out some sections. The songs were written and recorded without any deep rhyme or reason but each tune holds a significant aura. It was one of the easiest, most rewarding records I’ve made.

Clocking in at a little over 32 minutes, it was released as an EP.

The recording and release of Alien Love Secrets marked another turning point in my personal evolution. I felt independent again and immensely happy. I was more concerned with making the record that I wanted to make, and not worry about what some others thought I should be doing. It also marked the beginning of the professional relationship with my current manager, Ruta Sepetys. She is everything that you would never expect in the typical music biz manager. She is honest, driven, sincere, shrewd and compassionate all rolled into a powerful yet unassuming beautiful blond-haired frame.